Admitted to the Bar:

Vincent J. Glorioso, III, also known as Trey, is a personal injury lawyer. He was born in New Orleans, Louisiana and has lived most of his life there. He is a proud graduate of Saint Paul’s High School in Covington, LA where he won two state tennis championships and was the number one singles and doubles player for four straight years. Following graduation, Trey went to Millsaps College in Jackson, MS where he studied psychology. Trey continued to play tennis and was a member of the tennis team playing number one singles and doubles in his sophomore year.

In 1994, Trey transferred to the University of New Orleans (UNO) to complete his undergraduate studies earning a bachelor’s degree from the University of New Orleans in 1996. Following graduation, Trey attended Loyola University School of Law in New Orleans where he was a member of the schools National Trial Advocacy Team. He was also the founder and President of the Justinian Law Society at Loyola Law School, a local chapter of the National Italian American Bar Association. During his law school tenure, Trey worked full-time as a law clerk for The Glorioso Law Firm during the day and attended class at night. He was also a judicial law clerk for the Honorable Roland Belsome in the Civil District Court of Orleans while in law school. In May 2000, Trey graduated with a juris doctor and was licensed in October 2000.

Because Trey had so much practical experience, having clerked through some of his undergraduate college years and all law school years, he was able to hit the ground running upon passing the bar exam. He successfully resolved, as lead counsel, over 25 personal injury cases in his first year of practice. His first jury trial as lead attorney came eight months into his professional career, a trial that resulted in a successful jury verdict in Orleans Parish.

Since then, Trey has handled and successfully resolved as lead attorney, over 300 personal injury cases with a total value over ten million dollars. Trey has successfully represented clients who have been injured in all forms of injury cases including: car accidents, commercial truck accidents, bus accidents, taxi-cab accidents, motorcycle accidents, pedestrian accidents, slip and fall accidents, trip and fall accidents, construction accidents and wrongful death cases. He has also been involved and handled class action and mass tort cases including a recent Wal-Mart class action settlement, in which Trey was class counsel on behalf of Louisiana class members, involving more than 30 states and an approved settlement of 85 million dollars.

Over the years Trey has been one of the best lawyers in Louisiana when it comes to slip and fall and trip and fall cases. One of his first clients was a nice lady who slipped in water at a fitness center in Metairie, Louisiana. While other lawyers had turned down the case, Trey decided that this case and the lady who fell deserved justice. The case was heavily defended by a large insurance company. After taking multiple depositions of company employees and reviewing hundreds of documents, Trey was able to prove notice and fault on the fitness center. It was proven that the fitness company had known of a recurring problem with the swim team leaking water after practice into the ladies locker room on multiple occasions. The fitness center failed to correct the problem or notify it’s guest of the danger of wet floors. The case was set for trial in Jefferson Parish and shortly before a jury was picked, the case was settled for $350,00.

Let Our Family Fight For Yours

The Glorioso Law Firm can help you no matter where you live. We can handle cases in any city in the State of Louisiana.
Free Case Evaluation 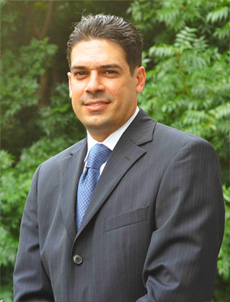